Your Home and Asbestos – What You Need To Know

We’ve all heard of asbestos and we all know the consequences it can have upon our health. So how can you tell if you might have some of the deadly building material in your home? Well, the first thing to know is a little bit about asbestos history. It’s a naturally occurring mineral fibre that was mined and used in many different building and industrial products from the 1930s up until approximately the mid-1980s. During that time, Australia had one of the highest asbestos usage rates in the world. It wasn’t until 2003 that asbestos was completely banned in Australia, however it hasn’t been used in residential construction since the mid-to-late-80s. It is believed that at least one-third of all Australian homes contain some form of asbestos-containing materials, and when you discount all the homes built after asbestos-containing materials were no longer in use, then that percentage increases dramatically. In fact, if you do happen to own a home that was built before the 1990s, it’s important to know that it’s very likely there are asbestos-containing materials somewhere within your boundary lines. 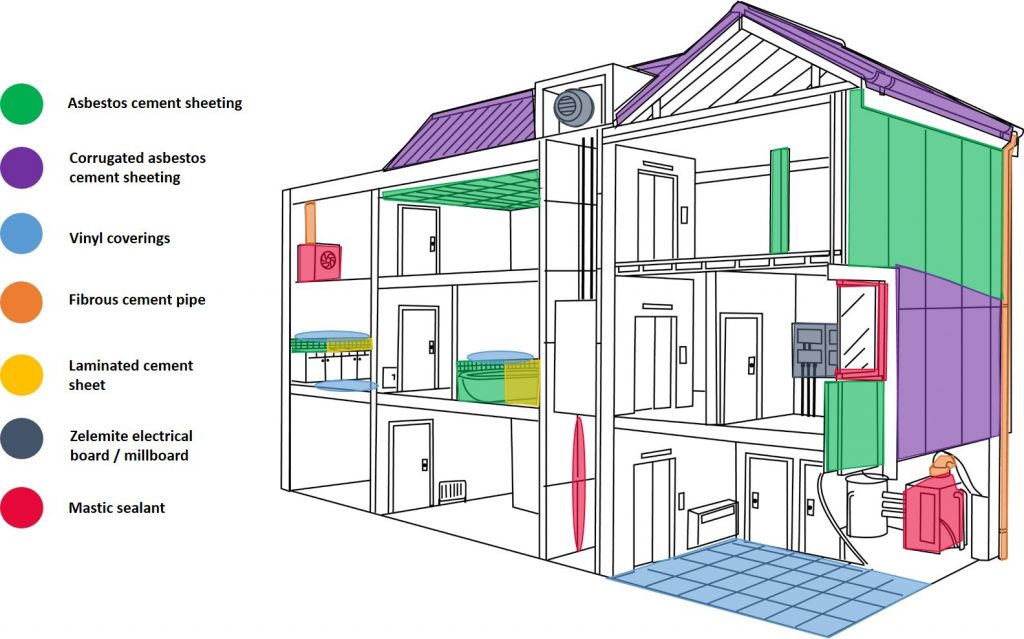 Where is the asbestos likely to be? Typically, asbestos or asbestos-containing materials are found in the following areas: walls, sheds, fences, roofing, guttering, fascia, eaves, lining behind wall tiles, imitation brick cladding, concrete formwork, some window putties, flooring underlay, beneath floor vinyl, some types of insulation, chimney flues, electrical meter boards, beneath heater hearths, insulation in wood heaters, and lagging on hot water pipes. That’s just to name a few. When you consider that, during its heyday, asbestos was used in over three thousand different products, it’s easy to see how so many homes might contain some.

Of all those asbestos-containing products and materials, it is thought that over 60% of all asbestos fibre production went into the asbestos cement manufacturing industry in Australia. This means one of the mostly likely places you might find asbestos in your home is in cement sheets; these could be on your roof or eaves, or on the walls of your house or shed. The good news is that this type of asbestos is called non-friable asbestos, which means it has been mixed with a bonding compound, such as cement. Non-friable asbestos is generally solid and can’t be easily crushed, however if it does become damaged or starts to degrade, then the asbestos fibres can become friable and pose a health risk. There are also asbestos products which are considered to be friable at all times. This means that, when dry, the material can be in powder form or easily crushed into powder, posing greater health risks because the fibres are easily air born. Though friable asbestos was typically used in industrial applications, it was occasionally used for insulation purposes in residential homes in wall cavities and ceilings. 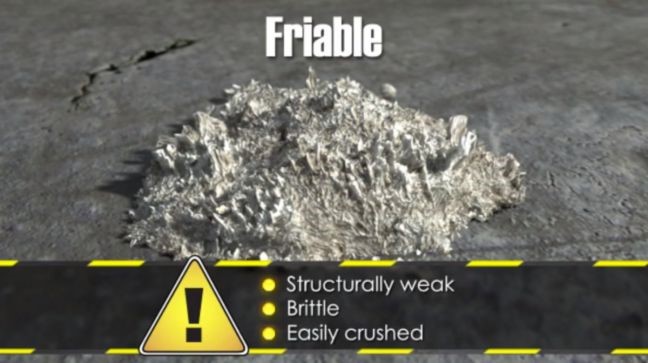 Because asbestos-containing materials can be difficult to spot, and because it should never be handled without the proper training and accreditation, knowing the risk factors is the biggest key to determining if there might be some in your home. This means knowing when your house was built and being able to identify the materials that asbestos was commonly used in. 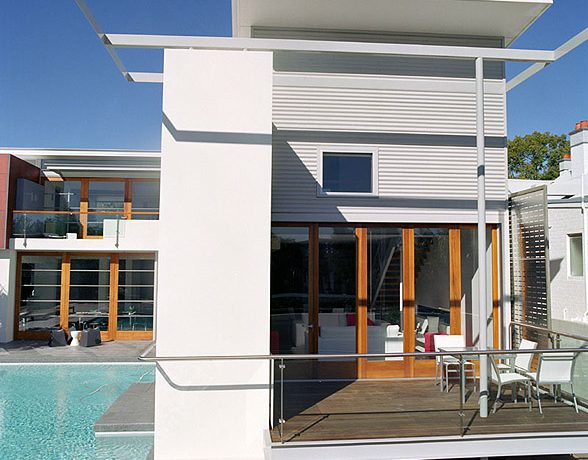 The Block & The Build : Factors for Consideration